The language of sense, common-sense and nonsene 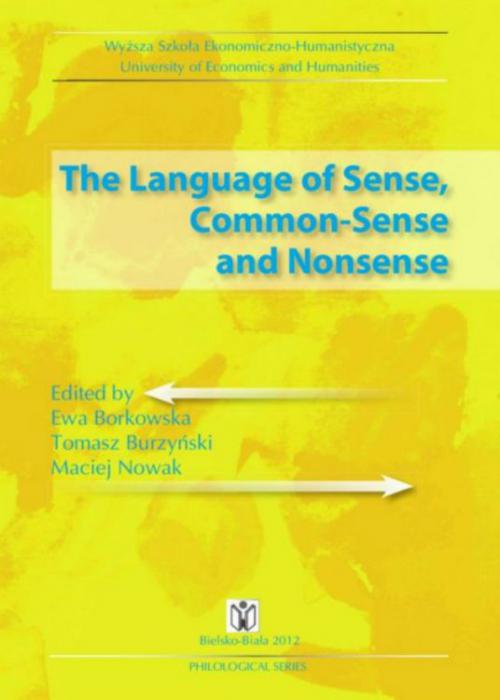 Varied as the cognitive and methodological attitudes assumed in the volume’s 21 articles are, their authors seem to be actually posing one question: how – or to what extent – is the sense, or senses, we make our reality of mediated by non-sense (meaning nonsense as well as, ontologically speaking, no sense)? Taken as a whole, this stimulating inquiry into non-sense has been capable of reconciling the gravity of philosophical issues, ushered in by readings of the classics of existentialism or hermeneutics, with intellectually less strained escapades and migrations into various contexts of trendy, interdisciplinary thought. The reflective stances on nonsense create a serious issue indeed, bringing together literary classics (Bruno Schulz, John Milton, Lewis Carroll, Gothic fiction, contemporary American novel), popular cinematic experiments (Michael Winterbottom, Rob Marshall), existential quests into traditional Japanese philosophy (Zen) and its American, literary metastases (Gary Snyder), as well as incidental broodings on virtual reality, including its popular products (Fallout.) The tome recollects academic must-knows (Bachtin, Camus, Gadamer), but it, first of all, successfully unveils the motley image of contemporary culture, a vivid crisscross of languages, semiotic codes, styles, systems of signs.

prev: Managing the organization chosen problems of theory and practice

next: Methodological bases and practice of sustainable development implementation